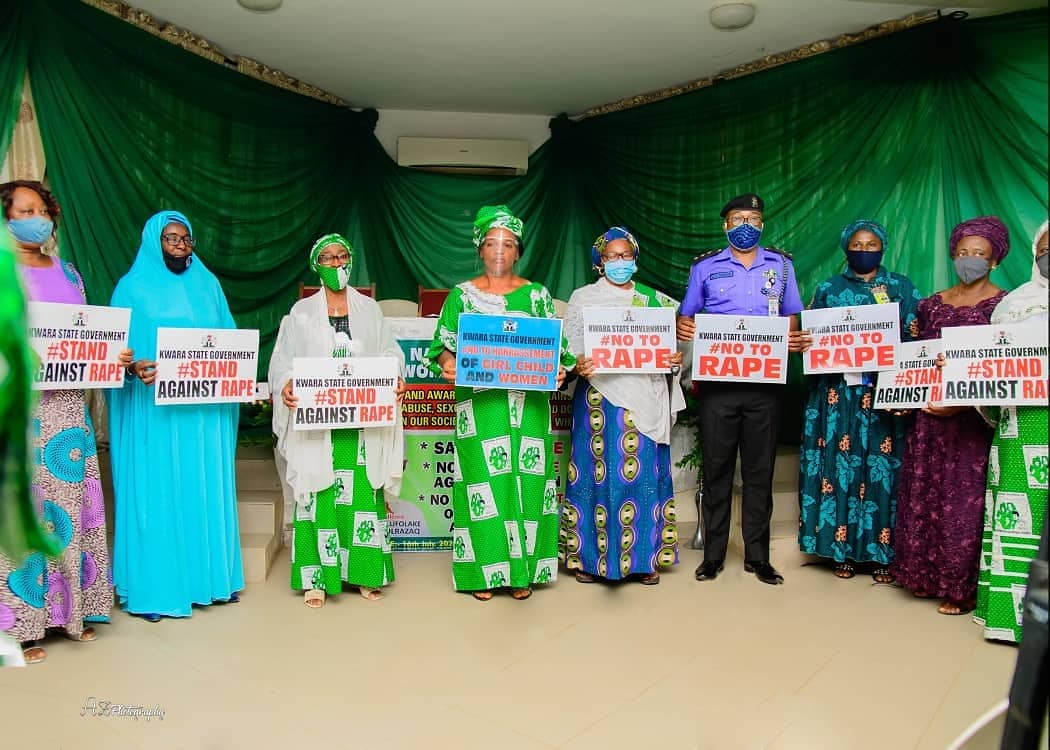 The First Lady of Kwara State, Her Excellency Dr. Mrs Olufolake Abdulrazaq reiterated the need for all stakeholders to join hands in the advocacy to rid our society of all forms gender based violence.

Dr. Abdulrazaq commended the NCWS for the initiative and urged them to continue to intensify their advocacies and awareness on issues that affect the development of women and children in our society.

Speaking further, Her Excellency said  " It may interest you to know that the Coalition of State First Ladies in Nigeria under the aegis of the Nigerian Governors' Wives Against Gender Based Violence which I am the secretary are also lending their voice to ending all forms of violence against women through engagements to ensure that laws are passed to protect the vulnerable and leading advocacies and sensitization to end Gender based violence."

Dr. Mrs Olufolake Abdulrazaq gave some highlights on the Violence Against Person Prohibition Act ( VAPP Act) which has been submitted to the Governor for assent by the Attorney General of the state and the Governor has confirmed receipt and promised to expedite action due to the seriousness of the issue.

Her Excellency was represented at the event by the Commissioner for Social Development, Mrs Deborah Abosede Aremu, who delivered the speech.