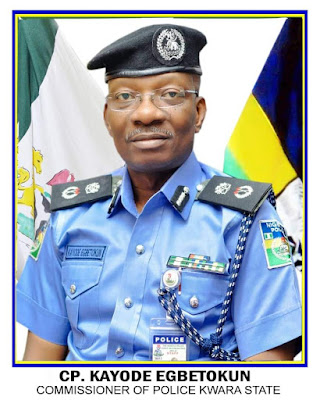 The commissioner of Police Kwara State police command, Kayode Egbetokun has warned the general public against imposters who make use of his picture on social media for fraudulent act.

The commissioner of Police made this call in Ilorin on Monday, through the state Police Public Relations Officer Dsp Okasanmi Ajayi.

The press release in details;

The Command wish to state in an unambiguous term that the commissioner of Police does not operate any Facebook account and as such wishes to warn the general public to beware of the antics of these social media bullies/ fraudsters so as not to fall for their tricks.

The Command also wishes to advise that members of the public should ignore any request or bogus claim by anybody using the name or pictures of CP Kayode Egbetokun in any social media accounts and report to the Police Public Relations office, Kwara state police command, Ilorin through these phone numbers 08032365122/08081763132 or to the nearest police station, please.