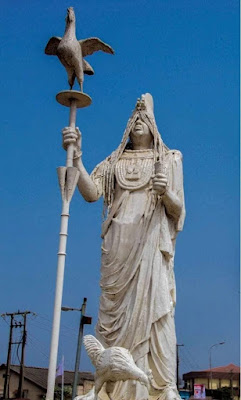 Hon-Deacon Kayode Ogunjimi, founder and national president of Yoruba House of Representaties (Igbimo Asoju Yoruba) worldwide said that the group is one of the best Yoruba organization and self-determined group that met in Ibadan on August, 22, 2019 to elect the 4th Yoruba leader worldwide, Prof Banji Akintoye.

That step has made it easier for our group to mingle with influential people in yoruba land.

"I want to use this festive period to send a clear message to the yoruba people worldwide that yoruba people are great ancient, civilized, and most educated people in Africa, and have people with widespread and enormous influence in the world.

"I also want to send signal to the world that yoruba people have risen again, to resist and reverse the trend towards retrogression in the live of our nation.

Ogunjimi said that by the special grace of God the group will mount a multifaceted operation, in order to stop the rich yoruba language from declining.

"We will rise to energize our people to grow an economy that will provide gainful employment for all our yoruba men, women and our youths, so as to eradicate unemployment in yoruba land.

He called on all yoruba youths to stop living in a world of impossibilities, hopelessness and to begin to take advantage of their education, so as to carve opportunity for themselves in the growing economy of the nation.

"We are ready to use our links with our yoruba leaders, yoruba business moguls and Nigeria politicians who are ready to be of assistance when ever the needs occur, to help the youths.

"We shall be organizing the best Yoruba Award Presentations to yoruba people that are worthy of encouragement in various fields worldwide, and to encourage others and celebrate them for their support.

The national president called on yoruba leaders worldwide, yoruba Obas, yoruba political leaders, yoruba business moguls, yoruba spiritual leaders and yoruba celebrities to come together to  put yoruba people worldwide back on the self independence track, as laid down by our forefathers.

"I want to use this opportunity to advice our yoruba youths and leaders that are campaigning for the pulling out of Yoruba nation, to put the constitution into consideration and also know that it is a welcome idea, as we need to carry along our yoruba leaders, and also need there advice, wisdom and experiences to achieve our aims."

"We pray 2020 will be our year of fulfilments by the grace of God."