Of Nigeria Situation And BBN: My Pain By Tunde Razaq Adebayo 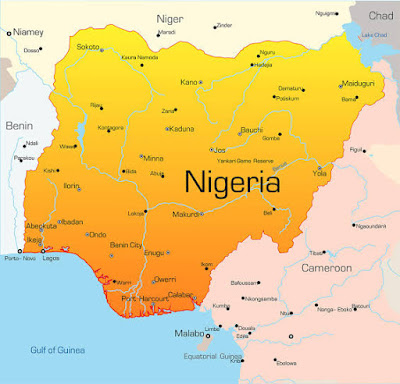 It has been a busy Sunday for me as I was en route to my base after an experience Sharing training on investigative journalism in Nigeria, though this should not have been my feed back from kano but due to the urgency and timeliness of the issue that bleeds my heart, I have to lend my voice out.

It was the news of a  26-year-old  Mercy Eke who emerged as the winner of Big Brother Naija season four, that pops  up on my screen immediately I opened my gadget to see what is going on around the world, though I might have been coming across the news but sincerely I picked no interest in the show, which is simply in respect of my protest for the killing of some intellectual shows like Who want to be a millionaire, Work it out, Gulder ultimate search to mention but a few.

Yes the  news has it that the businesswoman based in Lagos who loves cooking, swimming, travelling and dancing, won the 30 million naira cash price, 25 million car and a 5 million naira wardrobe allowance.

"The fan favorite who won with about 41% vote cast to defeat her closest rival Mike who polled about 16% votes cast had said she intends to start her own fashion brand or label if declared winner,  but remains one of the most talked-about housemate of Big Brother Naija season four according to the story.

Popularly referred to as Lamborghini Mercy and leader of the Power Puff girls in the house, her fashion sense and good looks kept viewers wanting more from her, and no matter the setbacks, Mercy always picks herself up and does her best. “I’m grateful for each and every day. Being alive today is already the highest point of my life.”

When she’s not dancing, singing or rapping, Mercy makes time to enjoy her favourite food: white rice and pepper soup.

was that all that earned her 60 million worth of prices?  Was that what earned her hundreds of Millions of vote from Nigerians who hate to participate in electoral process, am I not getting something right, I remember some beautiful girls with brain who had excellently performed wonders in the course of their academic careers, how has the society encouraged them and others who are still in the process of making waves in their chosen careers or scholarships?

What!!! I can vividly recal that  35 per cent of registered voters voted in the 2019 election, according to the data  released by the Independent National Electoral Commission, the percentage represents 28,614,190 people who cast their votes during the elections, representing 0.19 per cent less than the accredited voters, who made up a total of 35.66 per cent, that was 29,364, 209 of the total registered voters as,  the data showed that just 33.18 per cent, that is 27,324,583 of the 82,344,107 registered voters were the valid votes that informed the final decision in a country where Big Brother Naija had the total votes of over 200 Million who paid to vote there by affording BBN to make over seven billion naira in the poverty capital of the world.

The sad aspect of it is that while it was revealed that 70 percent of Nigerians are following the show seriously, it was also revealed that the most dedicated ones are the feminine gender.

What an ugly development in a nation where you plead them to vote for the good hands to man the affair of the nation, infact to convince them to vote for a good candidate you need to pay them for the decision that would shape their lives.

I will also tell them that my fellow millennia paid to vote on BBN but refused to actively participate in the electoral process of the country which might make us to get things right, infact I often think the program was part of the conspiracy of the people at the center to distract the youths. I pray I remember so that our forefathers can help me talk sense into their heads.

I dont want to dabble into the entire activities of that house deeply else I might end up shaking the table to the some extent but what do you get from a house where all sought of immorality were advertised when they have understood that the youths are the highest viewers of the program.

As  youths its high time we changed the narratives and show them that we are serious and forced them to put youths friendly governance in place, yes they have not been putting in place what might help in changing and better the society, they might not have our love at heart but believe you me we just have to force them in a legal , morally inclined and respectful way which will not bring about the spillage of blood in the country. Let intellectuality comes to play, its high time we avoided all the bad attributes which we have been stereotyped with and see how we can contribute to the development of our society, we should say no to immorality, social vices to mention but few. Let endure to participate in the process and procedure of governance and politics as it will be suicidal for us to leave the affairs of the country into the hands of few rogues.

Just waiting for when that senator from kogi west will host mercy mercifully ....