KWARA; HERE IS THE CHANGE! By Abdulmumin Idris Kilishi 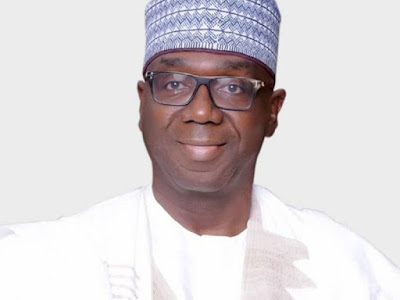 Kwara, like other states in Nigeria was not and is not without her own turn ons and turn offs. Created many decades ago with different people at the helms of affairs with different leadership style and governance models.Looking back at the last 16 years however, one can boldly say that the people of the state has experienced more of hopelessness than prosperity owing to a Political Leadership led by some 'Gangster Squad' that held the state at the jugular. Entrenching Slavery and building colony of Beggers.

A state where elections were 'war-like'., imposition of lackeys against the popular will of the people. Promotion of mediocres in to leadership positions. The decay in infrastructures can not be overemphasized. Workers and Teachers turned to street beggars.

Will the people allow this appalling trend to continue when the power to bring change is in their own hands? . The 2019 General Elections became a watershed in the Political life of Kwara. When the People took their destiny into their own hands and chased the Monster out of the Political space.

Today, the state is on the path of greatness again with new set of Leaders who have in the last few months into office demonstrated the will and sincerity to serve the people better. With the amiable Governor who have moved his office to dilapidated schools, hospitals, roads.. etc accros the state. No day will pass by without Governor AbdulRahman AbdulRazak appearing unannounced at a public facility to have on the spot assessment of the state of affairs. No more "Over-Lording" at the Government House. The visits are not without following up with actions. Reconstructions, rehabilitation and maintenance of basic infrastructures are already on across the state. An Executive Bill ,to establish a Social Investment Program aimed at fighting poverty and giving economic empowerment to the people is already before the House of Assembly to be passed into law. The hope of Public workers and private business owners for a better life has been restored. The display of humility by the Governor is phenomenal. His simplicity is unwavering. Everybody gets to see their Governor "free of charge". If AA is not in your area today, relax, you will see him tomorrow. Dear Kwarans, here is a new Kwara with Abdulrahman AbdulRazak as the Pilot. A Governor that won't take chunk of your resources and share out crumbs to you to praise sing him while the roof of your schools are blown away without any attention or you have no health care center to cater for you adequately. Less Politicking, responsive and responsible governance is the cornerstone of AA's Government. Here is the change , let's embrace it with prayers and support.