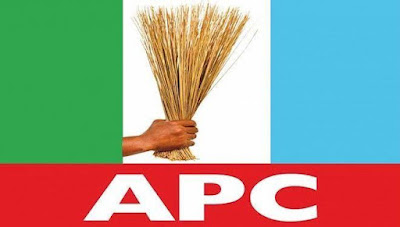 Once again, Alhaji. Tajudeen Folaranmi Aro,the State Publicity Secretary,All Progressives Congress,Kwara State Chapter,spoke the minds of discerning watchers of the party last week . Worried by the festering crisis between the executive and the party,he warned that unless the party have a rethink and reconcile with the Governor,the party could be self destruct.

Unfortunately,it is somewhat going out of control. While efforts are being made to douse the tension on both ends,some footloose were on air at Harmony fm to defend the indefensible.

The actions of the party in the state prior to the election caused  the current crisis and contributed the crack we are yet to mend today.

The revelation that the flag-off for the Gubernatorial campaign was cancelled by a self acclaimed leader has not been denied.

Also,no justifiable reason is yet to be offered for the return of the initial campaign fund given by the state Gubernatorial candidate.

Interestingly,we are yet to be convinced why the Chairman and the signatories to the party's accounts have refused to be audited in view of the verifiable incomes accrued to the party prior to the election.

The laughable excuse posited by some half literates on radio that those who did not contribute to the funding of the party cannot demand for audit of the accounts of the party which is a constitutional provision is very embarrassing and ludicrous.

The demand by the state Auditor to audit the party finances is in line with the party's constitution which calls for annual auditing of the party's income and expenditure.

These and many others are actions that forced the crack on the wall through which the lizard entered,took refuge and hibernated. Without the crack which was inviting for anyone with a desire for mischief,it would have been impossible to bring the party to it's current pass.

Another reason for the APC's current sorry situation in Kwara has to do with how the party refused to accord the Governor respect and leadership position in the party . Aro's revelation of how the party at a meeting with the Governor were rude in their conduct has not been refuted.

The party's Chairman and his paladins at this stage burned the rubicon.

However,one can say without any fear of contradiction that right from inception,those who constituted the core of the party in the State were tailored towards the interest of a self acclaimed leader and their path appears parallel to that of Governor. Abdulrahman Abdulrazak.

Worrisome is that with each passing day, the battle of wits and wills continues by the forces against the Governor. From last Sunday's disastrous radio program by the political jesters to another mischievous write-up on how the governor intends to remand the state party Chairman in prison ,the false move to cover up for the past continues.

According to Folaranmi,at no time did the state working committee meet to discuss any income and expenditure of the party. The one million naira question is; when did the party receive the funds for proceeds on nomination forms from the national headquarters of the party and how much was received?