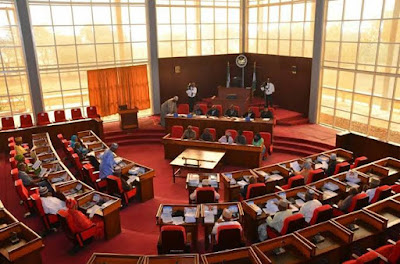 Screening for Kwara State commissioner-nominees entered day two on Wednesday, with the cabinet picks wowing the lawmakers with their eloquence and clear roadmaps of how they thought the government could deliver basic amenities and reposition the state for greater heights.

The nominees discussed various strategies to tackle the menace of teachers resisting deployment to villages or quackery, local government administration and grassroots development, tax and revenue generation, provision of water, and raising funds to build durable infrastructure and attract investments.

Sabi, whose huge contributions to the Otoge struggle and humility were hailed by all the lawmakers, was asked to bow and go — a rare exception to the rule of the 9th Assembly which had earlier ruled out the practice.

Commending his magnanimity and contributions to community development, most of the lawmakers said there was no point drilling a man who not only conceded the party ticket to a rival but also supported him during the election.

Speaker Yakubu Danladi explained the role Sabi played in his own life as a young man and his contributions to smoothening the victory of the ruling All Progressives Congress. Both men sobbed as Danladi extolled the qualities of Sabi, leading to minutes of silence in the chamber.

Sabi, 49, is an administrator and former chairman of Baruten Local Government.

Speaking at the confirmation screening, Ms Ahman-Pategi, a communications and finance expert, said she would consider widening the tax net of the state through wealth creation and more investments instead of raising the tax rate which may worsen poverty level.

“I believe job creation is the (answer) to security challenges in our nation,” she said, adding that one major reason donor agencies hardly give money is because of lack of trust that such funds would be properly utilised.

She said the government must get its priorities right and ensure that funds are committed for what they are meant for — a key strategy she said would earn the trust of donors and hasten development in the state.

Oyeyemi, a teacher, called for the establishment of a teachers’ training institute in Kwara to develop the capacity of teachers. She however said self-motivation and proper welfare package would be required to drive interest in the profession. She also called for investment in educational infrastructure which she said was lacking in public schools.

“Motivation goes beyond just paying the teachers. They need the right environment, training and retraining, they need to be told that we care for them,” she said, adding that a deliberate policy is in place to end a culture of teachers staying away from rural communities.

Olarewaju, a local government administrator and retired teacher, blamed the crisis of development at the grassroots on nepotism, lack of enough qualified manpower and low commitment to place public interest above other agenda.

He also said anyone without teaching certificate has no business in the classroom.

“If you can’t allow a non-medical doctor to treat a patient, it is unfair to ask anyone not trained to teach to be in the classroom,” he said, responding to the arguments over whether government should retain holders of Ordinary National Diploma or Higher National Diploma as teachers in the state.

He urged those affected in the recent screening of teachers to acquire relevant training permitted by the Teachers’ Registration Council of Nigeria, saying such persons may then be reabsorbed into the system.

Deborah, an experienced teacher and community development advocate, called for grouping women into development clusters to make training and empowerment easier for them as a group.

"We'll encourage women to learn various vocations. And there are indeed a lot of things that we as women can do that do not involve huge capital," she added.

Bisola, another teacher, was also asked to bow and go — the second time since the screening began on Tuesday.

The last batch of the nominees would appear before the lawmakers on Thursday.