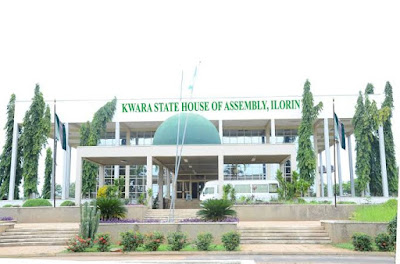 A joint committee of the Kwara State House of Assembly on Works and Transport and the Committee on Water Resources had met with officials of both ministries over recently noticed differentials settlement and cracks on the newly commissioned Geri-Alimi Split Diamond Interchange.
.
The joint committee led by the Chairman of the House Committee on Works and Transport, Hon. Abolarin Ganiyu Gabriel, had summoned the ministry officials, to brief the committee on what were responsible for the differential settlement and the cracks on the transition slabs of the newly commissioned Geri-Alimi Split Diamond Interchange.

While frowning at the seeming too slow reaction of the officials to the threat posed to the people by the cracks on the road interchange and the embarrassment on the Government, Hon. Abolarin regretted the sad incidence, the embarrassment it has caused the state government and the threat to lives of commuters and other users of the road which was commissioned barely 5-months ago, by the immediate past governor of the State, Ahmed Abdulfatah.

Hon. Abolarin lamented the imminent danger the problem posed to the adjoining bridges and motorists plying the road, while demanding a quick fix of the problems with daily update of the committee, on the progress of the rehabilitation works.

While reacting, the Permanent Secretary, Ministry of Works and Transport blamed the crack on a bursted water pipe, which he alleged, soaked up the earth embarkment upon which the Service lanes were constructed, hence, the uneven depression of the earth around the leaking pipe and the collapse of the Transition slab.

Reacting, Hon. Felix Awodiji  demanded for a quick fix to the problem so as to restore traffic normalcy at the Interchange.

The House Joint Committee therefore gave the two ministries, a matching order, to relocate their offices to the site, so as to ensure a thorough monitoring of the contractors as they correct the anomalies.

It also demanded, the ministry to go on air, so as to reassure the people of the state, especially, commuters, on their safety while using the road interchange.

The contractors are given  6-weeks within which to complete the rehabilitation works on the failed portion of the Interchange.