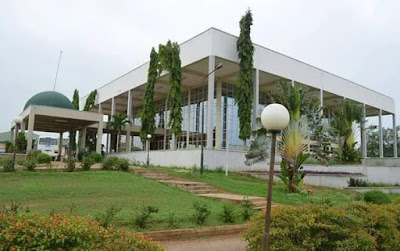 The Kwara State House of Assembly on Tuesday urged Governor Abdulrahman Abdulrasaq to “declare as void ” the acquisition, appropriation and conversion of residence of the late Dr. Olusola Saraki.

The property with Survey No KWG927 and LAN / G -2071 is situated on Ilofa Road , GRA, Ilorin.
The property is popularly known as ‘Ile Arugbo which based on the report submitted to the state Assembly, was never legally revoked from its original owner, the Kwara State Civil Service Clinic, neither was it  legally acquired by Late Olusola Saraki without any record of Right of Occupancy or Certificate of Occupancy in that regards.’

The Assembly made the call after considering the report of its Committee on Land, Housing and Urban Development on the property.

The report was presented by the chairman of the committee , Mr . Felix Awodiji (APC -Ifelodun)

The Speaker, Mr. Danladi Yakubu -Salihu, while reading the resolution of the Assembly, said the property belongs to the state government and should be revoked.

The resolution also called for revocation of the land for development of the state and use for the purpose it was originally meant .

News Agency of Nigeria recalls that the Assembly made a similar call on July 23 to revoke government chalet sold to the former Senate President, Dr. Bukola Saraki, in GRA in llorin.
( NAN )