2 Attempted Suicide As Unilorin Denied Over 300 Students From Graduating 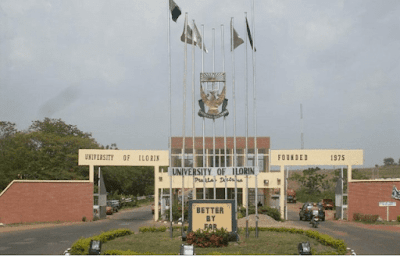 It was reported to us few days ago that a particular lady attempted suicide in her hostel. To God be thy glory, she was caught in the act and was taken to the University Mosque to stay with other Muslim sisters. Prior to this, a particular guy was reported to have bought sniper while his twin bro was the person God used to save him.


The suicidal attempts prompt us to go into the university community to know what is really happening. Below is the information we gathered from both students and staffs in the University.

In August, 2019 it was viral in the University community that certain number of students’ portal were locked by the university management.


Affected Students were so troubled while majority approach the university management on the issue. It was reported that; students illegally access their results via a particular link different from the normal portal. Because, in University of Ilorin, final year students can’t access their results on their portal. The said link is being used to gain access to their hidden results.

The University proceed in sending letter to the affected students departments instructing the department not to process the students results for graduation. It came as a joke! The H.O.D of each department invited the concern students telling them the decision of the management on their case.

Fast forward to the University Senate Sitting. During the sitting, information reached us that some Professors argued with the Vice Chancellor (Prof. Age) stating that, the students should be allowed to graduate since there is no stated punishment for the said offence in the University handbook.

Besides, there is no evidence to prove the students affected actually did it themselves due to what has been happening on the University website overtimes. It was reported to us that, the Vice Chancellor (Prof. Abdulkareem Age) disagree with them while he said the matter should be pending till further notice.

A day after the sitting, graduating list was released while other students were processed for convocation ceremony.

Our team went to the University, we got information from students and some staffs as regards this issue. The said link and Spreadsheet that the University claimed is been used by students has been in existence for over 4 years. In fact, it was said that more than 60% of the students uses it to check their results before been released officially. And a particular staff said, the link cannot be used to change results. It can ONLY aide the students in seeing their results.

We proceed with our investigation. From one of the staff at COMSIT, we were told that a particular man called Prof. Adeniran (from faculty of Engineering) is the one behind this dilemma. His the one pushing this case ever since he heard students now have access to their results via a particular link.

It was reported that, Prof. Adeniran went to report the Deputy Vice Chancellor academics (Prof. Malomo) twice stating that; students now have back end into the university portal where they change their results and he has set trap for some set students who used the link (the 300 plus). We were told that; the Changing of results part was what triggered Prof. Malomo which made her reacts to the case.

Also, from our investigation, we gathered that Most students affected doesn’t have idea about it because, via that spreadsheet, other students’ results can be accessed. Besides, we gathered that during electioneering period in the school, people from COMSIT gives students’ politicians COMPLETE DATABASE of other students which contains their portal password for voting processes. It was reported that; the management is aware students have their colleague’s password especially during electioneering period. We were told that, the Sub Dean Student Affairs Unit (Dr Alex Akanmu) has full idea on how these things works. We were told, he made it known to the Vice Chancellor on the inauguration day for the New Student Union Executives that; Some people hacked into the university portal and gave some candidates thousands of votes few hours when the election commence before it was detected.

The above information made it glaring that, most students affected don’t really have idea about it because it is easy for another person to access their portal due to viral availability of their details.

Yesterday, it was reported to us that the Students Union will release an update about the issue but to our surprise no information has been release till this moment.

"We gathered early this morning that, the affected students will be invited for Student Disciplinary Committee (SDC) for investigation. In University of Ilorin, nobody goes to SDC without been punished. That’s why we are writing this to the world. Please, come to the aide of these students. They are helpless. They cannot talk. The management threatened them that it mustn’t get to the internet. Convocation is 23rd of October. These students must graduate with others." -
Awo@gmail.com