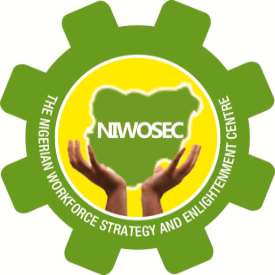 A Non Governmental Organization (NGO) the Nigerian Workforce Strategy And Enlightenment Centre, NIWOSEC on Thursday organized a symposium on ways to encourage productivity in the government workforce.

The symposium held at NIWOSEC Secretariat inside KWACCIMA building along Ganmo Road, Ilorin, the state capital was attended by representatives of state ministries, Federal, and private organizations.

The program was said to be timely by participants, considering the fact that the new government in the state led by the Executive Governor, Alhaji AbdulRahman AbdulRazaq has indicates interest in delegating responsibilities to the state civil servants.

In his speech, the lead strategist of the NIWOSEC, Dr. David Kayode Ehindero said the focus of the program was to ensure kwara State Workers embrace the desired change through the ISEYA agenda of Governor Abdulrahman Abdulrazaq after 16years of branding the same ideas which has not recorded landmark achievements.

Dr Ehindero however faulted the past administration in the state for not believing in their civil servants and instead resorted to the uses of consultants, contractors, special assistants while civil servants were relegated to the background and made redundant.

Adding that NIWOSEC conducted research of recent and discovered that 90 percent of state government workers were not satisfied with their work due to different reasons.

''It was not that workers were unaware of the vision, mission and shared values of the government, but they don't have sense of belonging and appropriate training to make them more effective and productive'' He explained

He revealed that NIWOSEC is willing to partner kwara state government to boost workers' productivity by offering free training tagged 'Advanced Working Strategies' for all categories of staff.

''The training will make different categories of workers to be more effective and productive to the development of the state and Nation.''

In his contributions, Mr Femi Afolabi a member of the discussant panel, charged the government to take the issue of training and retraining of Civil servants very serious, if they truly want them to delivered optimally.

Meanwhile, Mr Edwin Anisha, a Director of research and development, Micheal Imoudu National Institute of Labour Studies, kwara State, said, Nigeria recruiting system, most especially into government civil services, need to look into by ensuring that the right people with necessary skills are recruited into various sectors, and must be properly remunerated.

Anisha added that the Managers must be just in managing the organization by appreciating the hardworking staffers who are contributing to the development and progress of the company, to make others see that hard work pays.