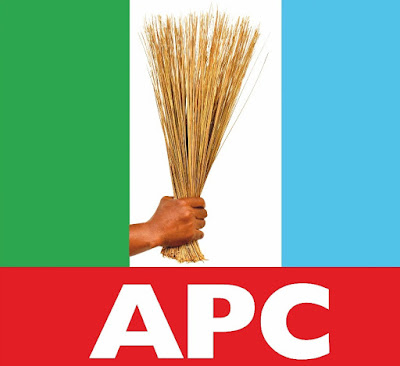 The Kwara State Chapter of the All Progressives Congress (APC) has vowed to continue to support and stand with Governor Abdulrahman Abdulrasaq in his drive to deliver to Kwarans the friuts of governance.

The press statement in details;

This is evidenced in the endorsement of Governor Abdulrasaq by the Chairmen of the 16 Local Government Areas chapters of the APC in Kwara state.

The LGA Chairmen of the party in a statement issued yesterday by its Public Relations Officer, Hon Sulaiman Tejidini, reaffirms the leadership of Abdulrasaq in the Kwara APC.

"We also wish to affirm that Governor Abdulrahman Abdulrasaq, the Executive Governor of Kwara State is the APC Party Leader in the State and we are ready to work with him to enable his administration delivers on the set objectives

"We therefore distant ourselves from all statements that may be credited to individuals or group of people against Alhaji Abdulrahman Abdulrazaq, his administration and our party and thus urge all party loyalists to disregard such.

"On a last note, we are proud to inform the public that APC is one big and united family under the leadership of our Governor, irrespective of any internal issues which are bound to occur in a democratic setting and that notwithstanding, we are blessed with good mechanisms to resolve such matters when arise in the best interest of justice and democracy. We pray that Almighty Allah continue to guide our Government, the Governor and our Party on the right path, " the statement added.

This statement is coming on the heels of the misleading comments by one political miscreant who intends to stoke a fire of political crisis using Orisun Igbomina as a cannon folder.

This miscreant known as Gbenga Owoyale/Adeoti who does not know the name of the APC state chairman, yet calls for his resignation should not be honored with deserved attention.

We urge the discerning public to disregard all recent happenings hatched by anti people element within and outside the party geared towards destabilizing the party.

Party members should be wary of fifth columnists been sponsored by anti people's element in the state.

There are party procedures on different matters which are not ambiguous, and clearly spelt out in the party's constitution. Any call for the resignation of the party chairman is not only reckless but senseless.

The relationship between the party and the state government is cordial and the party will do everything possible to maintain this cordiality so that the good people of Kwara state can benefit maximally the dividends of democracy.

So far, the party is happy with the various developmental efforts of the governor some of which will be showcased for his first 100days in office.

All factional tendencies are not only self serving but injurious to the collective interest of party members and the generality of kwarans.

We urge our elders in the party to ensure that a wrong foot is not put forward in the course of consolidating our political success. We should leverage on the experiences of the Governor as a successful businessman and that of the Party Chairman as a successful politician.