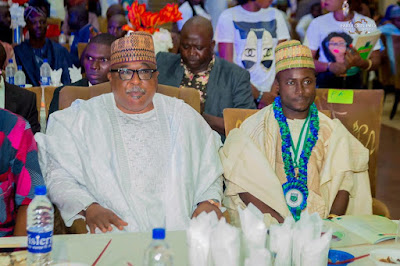 The Institute of Chartered Accountants of Nigeria, ICAN, has expressed its readiness to collaborate with Kwara state government, Economic and Financial Crimes Commission, EFCC, and National Financial Intelligence Unit, NFIU, on anti-corruption war.

The ICAN Ilorin and District Society Chairman, Mohammed Baba Ibrahim disclosed this on during the week at his Investiture/Award Dinner held at Banquet Hall, Ilorin.

'His words: 'We intend to collaborate with the Public Account Committee of the Kwara State House of Assembly, EFCC and NFIU to organize a continous workshops for our members and other Heads of Accounts from the local governments and State service on how to combat financial crime”

''Any member found wanting in misappropriating public fund or abetting politicians in financial crime, if reported to the Institute would be made to face the Investigating panel of the Institute of Chartered Accountants of Nigeria. However, if he is found guilty, the panel would send him to face the disciplinary tribunal for proper hearing and thereafter, he would be blackmailed, while his/her certificate would be withdrawn and his/her name would be published in the National dailies.''

He revealed that as part of his agendas, Ilorin and District Society will embark on “Catch Them Young Programme” where the Secondary School Students will be sensitize, encourage, and expose to the rudiment of the profession, and most especially on a way to become chattered Accountant”

In his address, Kwara state governor, Abdulrahman Abdulrazaq solicited for citizen's support in the administration drive to tackle corruption and ensure prudent management of resources.

Governor Abdulrazaq who was represented at the event by his deputy, Mr Kayode Alabi said the state government will use available resources to build infrastructure, improve health sector, uplift standard of education, instead spending public fund to satisfy few people.