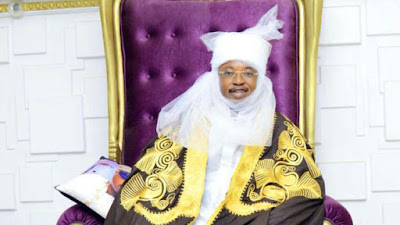 A State High Court in Osogbo has issued a restraining order against the Oluwo of Iwo from leading religious service.

A court sitting presided by Justice A.O Ayoola, on Friday stopped Oluwo of Iwo Oba AbdulRasheed Adewale Akanbi, from presiding the Friday Jum’at or any other Muslim festivals such as Eid -il-Fitri or Eid-il Kabir in Iwo.

The interim injunction of the court subsists pending the determination of a Motion on Notice filed on a matter bordering on the removal of Chief Abiola Ogundokun as the Basorun Musulumi of Iwo land before the court.

Chief Ogundokun had filed an application of Motion Ex-parte against the Oluwo of Iwo and the registered trustees of Iwo Central Mosque, asking the court to restrain Oba Akanbi from presiding over Muslim based services in Iwo land.

The motion in the suit delineated HOS/M.72/19 was supported by an affidavit deposed by Babajide Siyanbola Esq. On August 7, 2019 and filed at the registry of the High Court of Justice in Osogbo.

Justice Ayoola while granting the order as prayed after hearing the arguments of Opeyemi Adewale Esq., legal counsel to Chief Ogundokun, held that,” an order of Interim Injunction is hereby made restraining the first defendant, his several agents or privies from presiding over the Jum’uat service on Friday and or any other Moslem festivals such as Eid -il-Fitri or Eid-il-Kabir in Iwo, pending the determination of the Motion on Notice.”

Chief Ogundokun had also asked for any other order as the court may deem fit in the circumstances.

The court after giving the order, adjourned the matter till August 19 for further hearing on the Motion on Notice of the substantive matter before it.