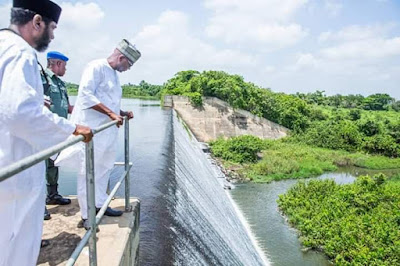 The statement said the three water works are either in bad condition or not working at optimal capacity, and have been recommended for rehabilitation by the Ministry of Water Resources in line with the administration's commitment to tackle water scarcity in the state.

"Consequently, the Governor has approved the release of N48,548,720 for their rehabilitation," the statement added.

The Lafiagi Waterworks is currently running skeletal services owing to the damage to four of its five boreholes, the intake and transfer pumps, the statement said.

It said the facilities in Igbaja had since broken down as a result of poor electricity supply and the lack of proper rehabilitation..

The statement said the Asa Dam, which services the entire Ilorin, works at half its design capacity, adding that the intervention would boost its working capacity.

"The Governor remains committed to his desire to have water running in the state. This has started happening in certain areas, thanks to his interventions, but the idea is that every part of the state should have access to potable water," it said.