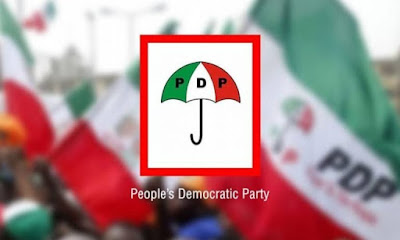 The Peoples Democratic Party (PDP) says the party and its victorious candidate in the Osun state governorship election, Senator Ademola Adeleke, will retrieve the stolen governorship mandate at the Supreme court.

The party says it is not in any way shaken by the judgment of the Court of Appeal, but stands with Nigerians in the confidence that justice and respect for the will of the people of Osun state will definitely prevail at the Supreme Court.

The party insists that there is no way the will of the people, which they openly expressed in voting for Senator Adeleke will be allowed to be lost.

The PDP notes that the fact the Court of Appeal had a split judgment indicates that justice was not fully served at the appellate court.

It is instructive to state that the Court of Appeal did not contest or invalidate the fact that Senator Adeleke won the election but only cited technicalities and speculations to arrive at its decision.

The PDP has also noted that the Court of Appeal failed to act on the full and substantial import of the failure of the Independent National Electoral Commission (INEC) to produce the ballot papers and record of accreditation to disprove our position that INEC altered results and subverted the will of the people of Osun State.

Our party and candidate are therefore confident that the Supreme Court will look at the merit of the matter and ensure that justice is served by recognising Senator Ademola Adeleke as Osun State Governor.