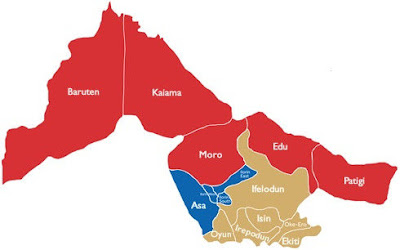 Kwara North All Progressives Congress (APC) Elders’ Council on Wednesday called on the Governor -Elect, Alhaji Abdulrahman Abdulrasaq to ensure fair and equitable distribution of political appointments in the state.

The elders in a communique jointly signed by Abubakar Mora, the Chairman of the council, and Manzuma Abdulmalik, the Secretary in Abuja said a sure approach would guarantee unity ad strengthen the party in the state.

The group advised that Kwara North should get a the ministerial slot, Secretary to the State Government (SSG), membership of APC National Executive Committee (NEC), and Speakership of the State House of Assembly.

They condemned some self-serving leaders for misplacing priorities of the area, adding that the plight of the zone would no longer be taken with levity.

The zone, according to the group, gave an average of 82 per cent of total votes from the area in the just-concluded general elections.

They said that the region was not in contest with anybody or group of persons either within or outside the senatorial district.

The elders’ council also emphasised that equity and fair play in sharing of political offices remained the only key for building an all-inclusive government, “which the governor-elect Abdulrasaq is championing”.

According to the group, getting the highly coveted ministerial slot and SSG position will ensure inclusiveness of the zone in the politics of the state.