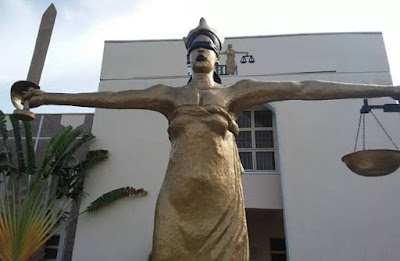 The Court of Appeal in Lagos has okayed EFCC's request for final forfeiture of N1.4bn which, Melrose General Services Ltd, obtained from the Nigeria Governors’ Forum, NGF through false claims. Melrose is allegedly linked to outgoing Senate President, Dr Bukola Saraki, whose two aides- Gbenga Makanjuola & Kolawole Shittu are being prosecuted in respect of the matter. Justice Olatoregun of the Fed High Court Lagos had on April 27, 2018 ordered the final forfeiture.

Dissatisfied with Justice Olatoregun's order, Melrose General Services approached the appellate court asking it to set aside pronouncement of the lower court. But the Court of Appeal dismissed the appeal and resolved the four contentious issues in favour of the EFCC.