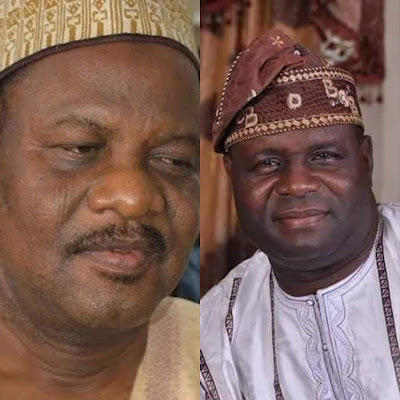 A five-man panel of the Supreme Court led by Justice Olabode Rhodes-Vivour on Wednesday struck out an appeal filled by members of the sacked executives of the All Progressives Congress (APC) led by Ishola Balogun-Fulani.


The panel of the Apex court struck out the appeal based on lack of merit.

In the lead ruling delivered by Justice Olukayode Ariwoola, the court said since the appeal was on an interlocutory decision of a High Court in Ilorin, the record ought to be compiled and transmitted within 14 days as required under Order 7 of the Supreme Court's Rules.

Justice Ariwoola thereby held that the appellants, having failed to comply with the court's rules when they transmitted the record of appeal outside the 14-day period, rendered their appeal incompetent.

In December 2018, Adams Oshiomhole, National Chairman of the APC, had dissolved the BalogunFulani-led executive, following the defection of Senate President Bukola Saraki to Peoples Democratic Party (PDP) and installed another state executive under the chairmanship of Bashir Bolarinwa.