Insecurity: Reps Yet To Transmit Summons To Buhari A Week After 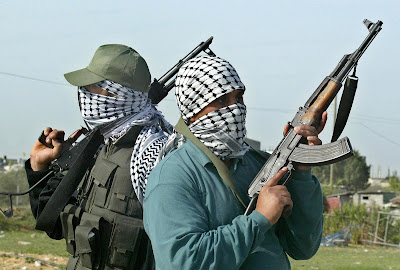 The House of Representatives has yet to transmit its resolution of 48-hour query on insecurity to President Muhammadu Buhari one week after, KWARA REPORTERS gathered.

The presidential liaison officers to the National Assembly who spoke with journalists during the week said that the resolution had not been transmitted.

At the plenary on Thursday, April 11, the lower chamber of the National Assembly had unanimously adopted a motion, with the mandate to issue a query to the President, asking him to explain the spate of insecurity under his administration within 48 hours.

The lawmakers resolved to “request that the President and Commander-in-Chief of the Armed Forces address the House and the entire nation within 48 hours.”

The motion was entitled, ‘Resurgence of the incessant and annual massacre of innocent Nigerians across the country by alleged bandits and killer herdsmen, the gradual occupation of affected communities by these attackers and the lack of adequate rehabilitation and relief materials.’

The lawmakers had also resolved that Buhari should “address the House and Nigerians” on the rising cases of killings by herdsmen, armed robbery and kidnappings at a public hearing to be conducted by an ad hoc committee.

However, when contacted, the Senior Special Assistant to the President on National Assembly Matters (House), Mr Umar el-Yakub, said the resolution had not been sent by the legislature to the Presidency, transmitted through him.

El-Yakub said, “Not through me. First, I was not around on Thursday, so I wouldn’t know if it has been transmitted, maybe through Ita Enang.

“It has not been transmitted through me as far as I know. If it was done (passed) on Thursday, it will be Tuesday, not that same Thursday because they don’t sit on Friday (and Monday). It is Tuesday that they might send the letter, or Monday. So far, nobody has contacted me about anything.”

Also, the SSA to the President on National Assembly Matters (Senate), Senator Ita Enang, said the transmission would come after the Easter break.

Enang said, “We are all on Easter vacation now, so everything will wait. The only thing I can respond to now is the one you already know, that the President has assented to the New Minimum Wage Bill; and everybody knows what the bill says.”

The lower chamber of the National Assembly had said it would “conclude along with other Nigerians, if the President fails to respond to the aforementioned queries within 48 hours, that he and his administration are incapable of permanently curtailing the incessant killing of innocent Nigerians by killer herdsmen and the occupation of their land, and have failed in their primary, constitutional responsibility of ensuring the security and welfare of the citizens of Nigeria.”

The House further resolved to constitute an ad hoc committee to interface with the Presidency regarding the queries, while it would engage with the Minister of Defence, Mansur Dan-Ali; Chief of Defence Staff and other Service Chiefs; Chairman and Executive Vice-Chairman of NCC, related state governments and relevant stakeholders.