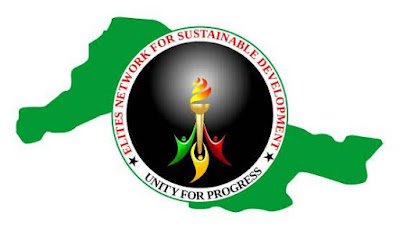 A Non-governmental organisation, Elites Network For Sustainable Development (ENetSuD) in a press statement issued by the organisation coordinator Dr. Abdullateef Alagbonsi has placed four demands and other recommendations before the Transition Committee appointed by the incoming Kwara State governor-elect, Alhaji Abdulrahman Abdulrazaq.


The following are the organisation demands and recommendations for the Transition Committee;

DOMESTICATION OF FREEDOM OF INFORMATION ACT

Through our #FollowKwaraMoney activities, we have extensively monitored and tracked the Federal Government (FG) Capital and Constituency projects in Kwara State, a report of which shall soon be published as a public document. The tracking of FG-funded projects is possible because of the Freedom of Information (FOI) Act 2011, which we have effectively been using to promote Transparency and Accountability on spending of Kwara-related fund from FG. We have found it very difficult to do same for Kwara State Government (KWSG)– funded projects because the KWSG has insisted that FOI Act is not domesticated in the state, and thus provision of information is not an obligation on her. Therefore, we want the incoming administration to urgently domesticate the FOI Act in Kwara state, as has been done by some other states in Nigeria. This will position the incoming administration as a promoter and implementer of Transparency, Accountability and Good Governance. It will also give power to citizens, civil societies and nongovernmental organizations to demand for Transparency and Accountability.

As part of our #FundKwaraEducation campaign, we did a survey of over 30 public schools’ infrastructure and personnel across Kwara State and were disappointed at the deplorable condition of public schools (http://enetsud.org/videos/). We have repeatedly called the attention of KWSG to the pitiable condition of school infrastructures across the state (http://enetsud.org/2018/11/03/group-charges-kwara-government-on-improved-funding-for-basic-education/, http://enetsud.org/2018/09/15/poor-state-of-public-schools-in-kwara-state-enetsud-tasks-state-government-on-adequate-funding-of-education-and-ensuring-its-judicious-use-by-school-managements/). We referred the KWSG to the Five Billion, One Hundred and Thirty Nine Million, Nine Hundred and Eighty Thousand, Four Hundred and Ninety Six Naira (N5,139,980,496.14) Universal Basic Education Commission (UBEC) Matching grant that had not been accessed by it as at 11th September, 2018. We argued that if this money was accessed, the current poor educational infrastructure across the state could be adequately fixed to improve the state of education in the state (http://enetsud.org/wp-content/uploads/2018/10/Poor-state-of-schools-in-Kwara.pdf).

Reacting to our queries, the State Government disclosed to us that “the drop in the Federal Allocation coming to Kwara has made it impossible for the state to access the UBEC Matching grant that is meant for the funding of Basic School Infrastructures”. Our fact checks with UBEC (which was also corroborated by the SSA Media and Communication to the Governor of Kwara State) showed that KWSG has not accessed the UBEC Matching grant since 2013. Out of the limited resources available with the KWSG, we have been urging her to immediately make provision for the Counterpart fund to access the matching grant with UBEC, so as to urgently fix the School infrastructure across Kwara State.

From our findings, we also observed that ebbing appropriation is not the major problem associated with poor School infrastructure in the state but also lack of diligent prioritizing by the Kwara State government. For instance, the sum of Two Billion, Eight Hundred and Seventy One Million, One Hundred and Twenty One Thousand, One Hundred and Twenty One Naira (N2,871,121,121) and Two Billion, Six Hundred and Thirty One Million, Sixty Three Thousand, Three Hundred and Ninety Eight Naira (N2,631,063,398) were respectively approved as the estimate for the State Counterpart Fund to access the UBEC Grant in the 2017 and 2018 Appropriation Law (Approved Budget), but these sum had not been released to access the accumulated funds since 2013, leaving the School infrastructure across Kwara State in shambles. We also extended our advocacy to the Kwara State House of Assembly during the 2019 Budget Preparation to prioritize adequate funding for education.

Due to the unique importance of Education to humanity, adequate funding of education must be prioritized by everyone, particularly the government. As a result of our disappointment with how the appropriated sums for Education Funds in the successive budgets since 2013 have not been released by the State Government, we are calling on the incoming administration of KWSG to urgently:
1. consider making a law that will statutorily set aside certain percentage of the State Annual Consolidated Revenue to fund education, the way the outgoing administration has commendably done for the State Health Insurance Scheme. This will provide a lasting solution to the poor funding of education in the state; and
2. ensure that adequate amount (as counterpart fund) that could access ALL the accumulated UBEC matching grant is released and properly utilize such grant to fix public school infrastructure in the State.

The outgoing administration has commendably established an administrative structure that can lead Kwara State to Universal Health Coverage (UHC) by establishing a compulsory and statewide Kwara Health Insurance Scheme (KwHIS), which is a right step in the right direction. Since government is a continuum, we will like the incoming administration to take advantage of the scheme, as health insurance is the global panacea towards achieving UHC for citizens.

1. all the formal sectors in the state (State, LGAs and Organized Private Sectors) should be enrolled into the State Health Insurance Scheme in the first 100 days of the administration;

3. the incoming administration should prioritize the release of the Statutory 1% Annual Consolidated Revenue for effective running of the Scheme;

4. the use of Fund managers and/or Health Maintenance Organization (HMO) should be highly discouraged. The KwHIS should be made to fully operate the programs; and

5. the Scheme should be managed by highly-experienced experts to fast-track citizens’ enjoyment of UHC.

We are of the strong conviction that proper implementation of the KwHIS and strict compliance with its operational guideline will solve other problems in the health sector including poor infrastructure and inadequate personnel.

The outgoing administration claimed to have spent N6.5 Billion on the primary and secondary phases of Ilorin Water Reticulation Project and listed so many places where the project has been providing water to residents after commissioning in November 2018. It is worthy of note that the tertiary phase is independent of the previous phases completed and commissioned by government. Our independent investigation showed that pipes and taps were erected but there is no water in over 90% of our surveyed locations. How there is still scarcity of water despite this commissioned multi-billion-naira project is still a question to be answered by government. We are advising the incoming administration not to commit further fund into the project (especially the tertiary phase) until proper probe into the execution of the primary and secondary phases with N6.5 Billion is done.

While hoping to hear from you soon, please be assured of our esteem regards always.