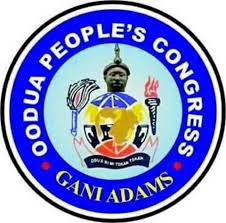 Oodua People’s Congress New Era has pledged to support the Kwara state governor-elect Abdulrahman Abdulrazaq to maintain peace and harmony in the state.

State Coordinator of the group, Bayo Ifabiyi, urged the governor-elect and others to place high premium on the people and future of the state.

He attributed Mallam Abdulrazaq’s victory to the people’s determination to effect a change from the stranglehold of an age long dynasty.

He counseled the governor-elect not to fall prey to the mistakes of his predecessor as the Kwarans have become more politically sophisticated.

Ifabiyi said, “Our ancestors in Yoruba land shall assist all elected representatives in the discharge of their responsibilities.

“We rejoice with the governor-elect and his deputy Kayode Alabi on their well-deserved victory at the just concluded elections.

We also felicitate with all Senators, House of Reps and House of Assembly members-elect. Our prayer is that God will direct them in the way to go and lead them in their new assignments in the state and the nation as a whole.”