Olufolake Abdulrazaq Thanks Kwarans For Conducting Themselves At The Polls, Optimistic Of Her Husband's Victory 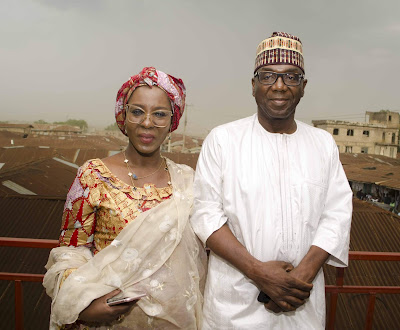 The wife of the All Progressives Congress (APC) governorship candidate, Mrs Olufolake Abdulrazaq has expressed gratitude for the peaceful conduct of Kwarans during yesterday's Governorship and State Assembly elections in the state.

Mrs Abdulrazaq thanked Kwara people for trouping en masse to vote for her husband, the APC guber flagbearer, Alhaji Abdulrahman Abdulrazaq and other party candidates to the Kwara State House of Assembly.

She also expressed confidence in her husband to take Kwara to the pride place when finally declared the winner of the Saturday's  election in the state.

"I am so sure that my husband his ready to lead Kwara to the next level. I know Kwarans are aware of this and that is why they are supporting Abdulrahman Abdulrazaq and APC.

"It's just a matter of few hours to declare my husband and other APC candidates as winners. I am keenly waiting for this moment like other progressive kwarans." She said.