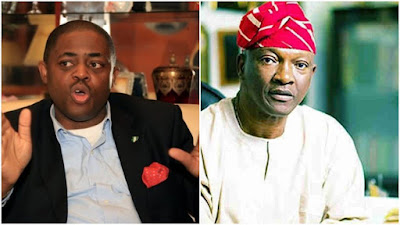 Former Aviation Minister, Femi Fani-Kayode has revealed that the governorship candidate of the People Democratic Party (PDP) in Lagos State, Jimi Agbaje, has dumped the party.

Fani-Kayode, who made this known on his Twitter page on Wednesday, said that Agbaje abandoned the party over a disagreement with the leadership of the party in the state.

He stated that it was Musiliu Obanikoro that left the party first, then Iyiola Omisore, Gbenga Daniel and now Jimi Agbaje.

“All my closest friends and brothers are abandoning ship and leaving @OfficialPDPNig! Ouch!” 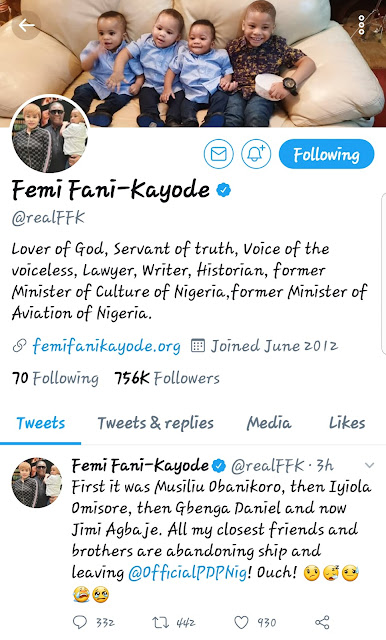