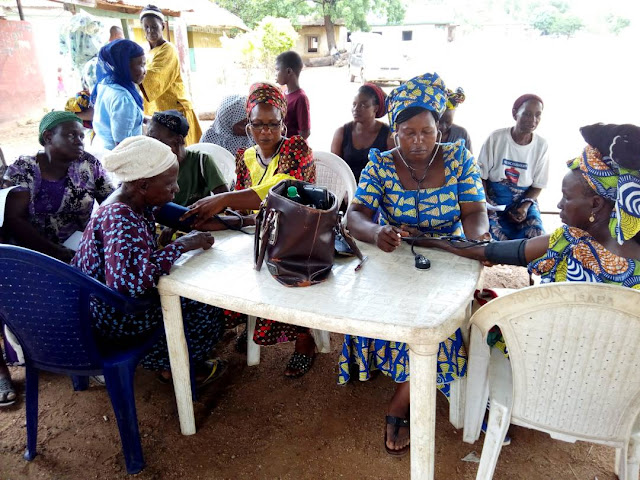 Sometimes around October, 2014 the idea of a Mobile Clinic was born during the various consultations headed by Engr, Nurudeen Adeyemi Balogun ahead of the 2015 Igbomina Community North America convention.  Under the leadership of Otunba Bode Ojeleye as President of the organization, the 2015 Convention provided the opportunity to roll out this idea to the general public and more importantly to our Royal fathers at the event.  Our royal fathers embraced the idea and so did many others.

As with many great ideas that lack the where withal to execute, Igbomina Mobile Clinic looked like a great idea on paper that may be doomed to die at the embryonic stage.  Many lovers of Igbomina led by Engr. Nurudeen Adeyemi rose to the occasion and worked to make this dream a reality.  By July 9th, 2016 the Igbomina Mobile Clinic rolled out for active duty under the leadership of Mr. Emmanuel Adewuyi as the Chairman of the Project Implementation Committee while Dr M O Babalola led the Medical volunteer group.  In addition, Chief Oyin Zubair as Secretary and power house of the Project Implementation set up by the parent and sponsor of the project Igbomina Community North America quickly got to work to make this life saving program a reality. 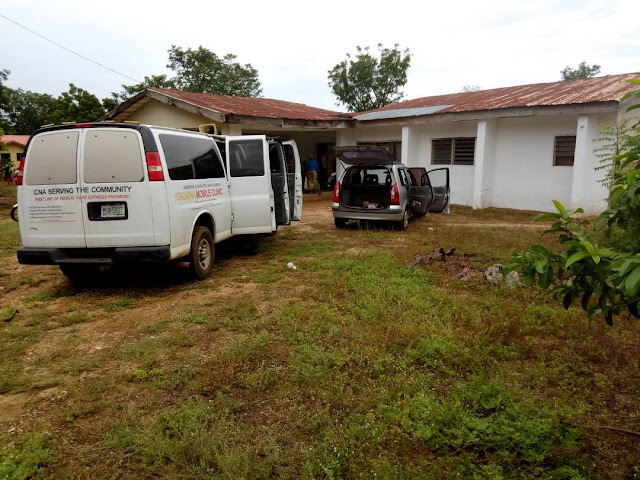 The Igbomina Mobile Clinic can be described as the ultimate community project as Engr, Nurudeen Adeyemi Balogun and its executives along with key personnel such as Dr. Lateef Olaniyan (Omu-Aran), Mr. Wole Adeoye (Arandun), Ms. Funke Babalola (Oro Ago), Hon. Abdul Karim Kadiri (Ajassepo), Mr. Adebisi Amolegbe (Okeya), Mr. Tunde Aransiola (Iwo), Mr. James Adeniyi (Adanla), Igbomina Descendants Association, UK under the leadership of Chief Dr. Engr. Sunday Popoola and many others.  The Royal Fathers from across Igbomina land along with the Omo Ibile Igbomina under the leadership of Engr. T N Adebayo, and the Kwara State government under his excellency Gov. Abdul Fattah Ahmed were all active supporters of the project.  Of course, the engine that powers the program is the Project Implementation committee that make sure come rain or sunshine that the program has dutifully executed its mandate of twice a month outreach program that has effectively touched some 400 communities and over 10,000 lives while providing medications in excess of over US $2 Million open market value. 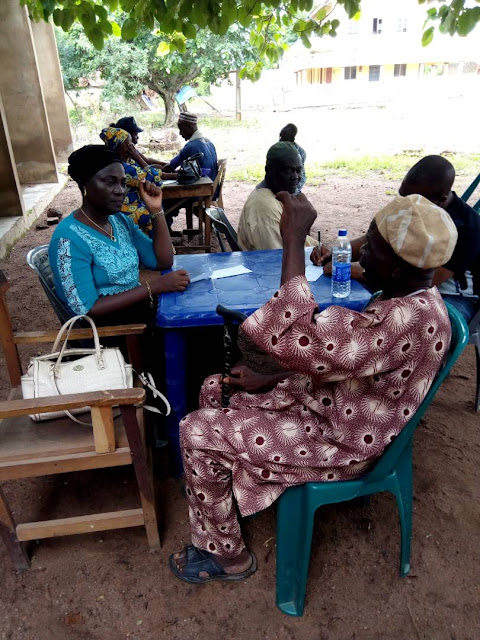 The program has indeed become a model that many across Kwara South senatorial district are looking to model.  With his leadership style based on active collaboration, Engr. Nurudeen Adeyemi Balogun partnered with Offa Descendants Union North America to support its annual medical mission that has been ongoing now for 3 years in a row.  As a sign of brotherly love, Igbomina Mobile Clinic has performed selective outreach to areas in Oyun, Offa, Ekiti and Oke Ero while actively supporting the Kwara State effort to tame the scourge of Lassa fever. On many occasions, the field reports of the volunteers supporting the program have been excellent source of information to the Kwara State health agencies.

In its short life, Igbomina Mobile Clinic has set a high bar and distinguished itself as a great life saving program while demonstrating the power of collective will for a singular purpose and agenda.  Here is to wishing the program many great years ahead.  May God continue to bless and reward the initiators, sponsors, financiers, and volunteers of this great project.